Once upon a time, there was a spiral galaxy... 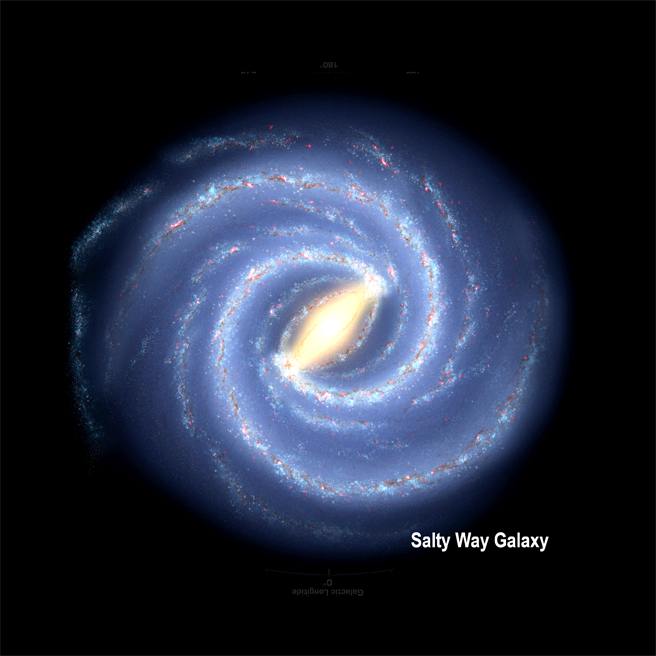 The spiral galaxy had several arms, and the presumed origin of humankind was a small solar system on an insignificant spur arm -- SolPrime. With the discovery of qubition and the development of Quantum Entanglement Drives, humankind traveled among the arms. 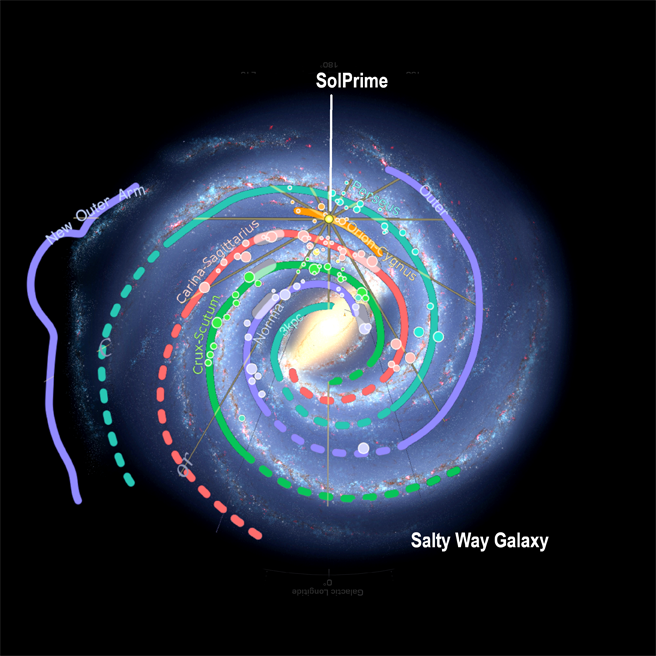 Sadly, humans also invented q-bombs. That explosive potential combined with the reckless dissatisfaction that fueled our journey to the stars resulted in this: 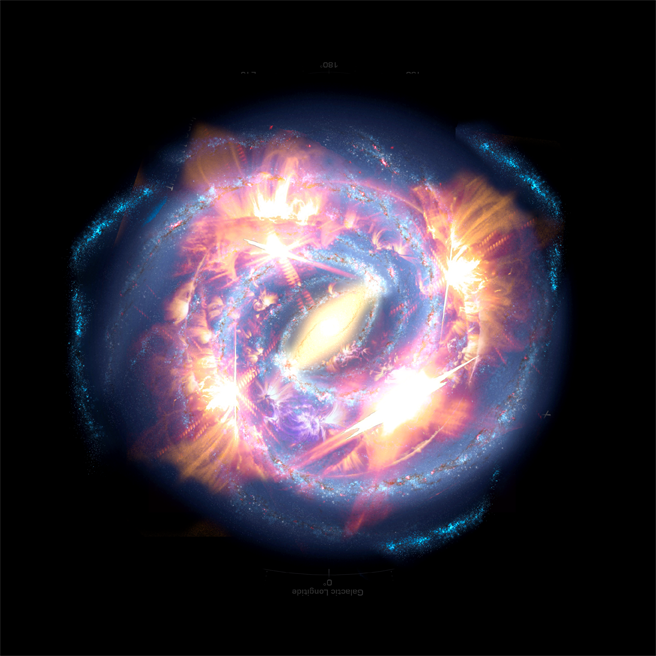 With three-quarters of the Salty Way destroyed or inaccessible, humanity has retreated to the Obsidian Rim -- the dark, dangerous but (maybe) survivable remains of the galaxy. 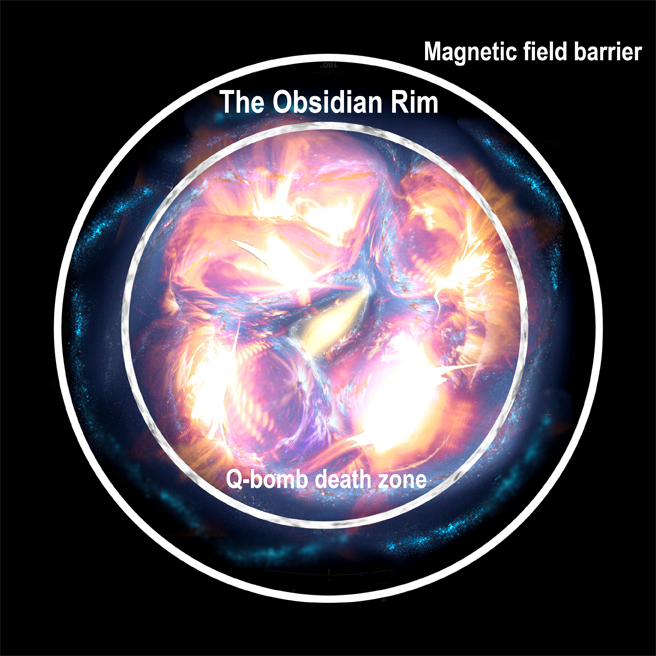 Stay inside the Rim and stay alive. Hopefully...

Where have humans colonized? Below is a growing and changing map of the rim based on the novels as they are written. This is updated three to four times per year. 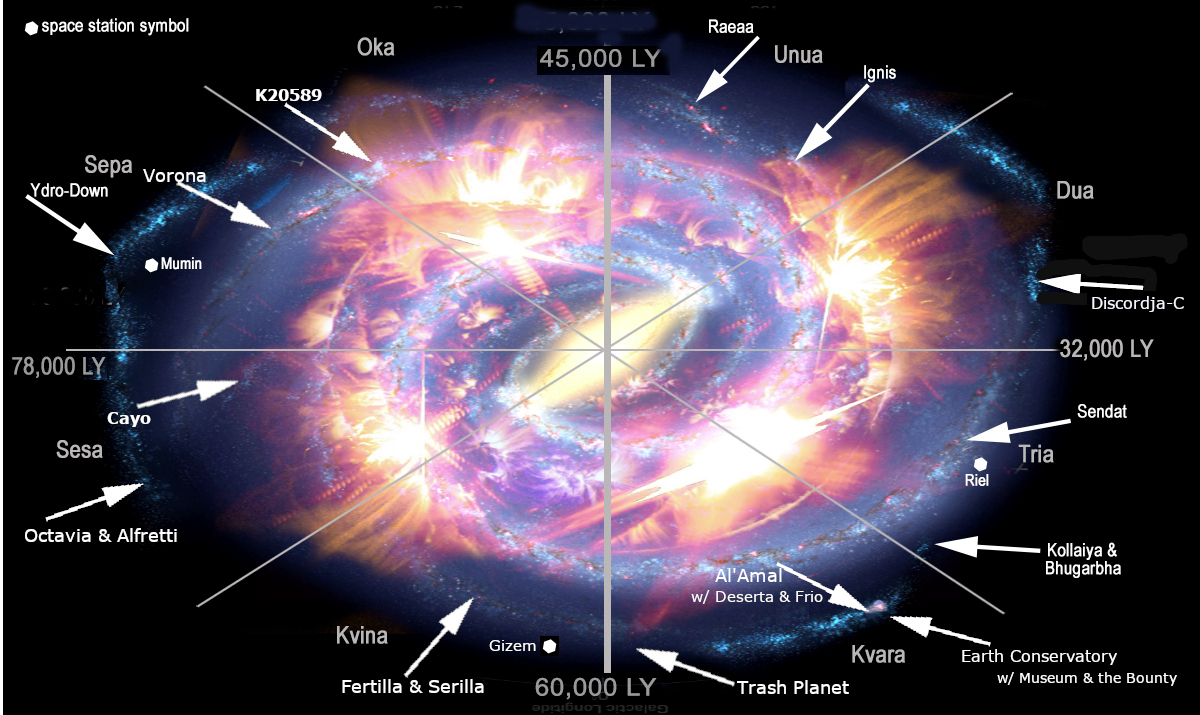